Putt-Putt Goes to the Moon is the second game in the Putt-Putt series. It was released in 1993 by Humongous Entertainment for the DOS operating system as well as the 3DO. It was ported to the Mac OS in 1994 and Windows 3.1 and higher in 1995. Some parts of the moon are several references to Star Wars episodes 4-6: A New Hope, The Empire Strikes Back, and Return of the Jedi. These are possible references to Lucasfilm Games, as the creator Ron Gilbert had initially worked for them and created the (now famous) SCUMM engine for Maniac Mansion.

An accident at Mr. Firebird's Fireworks Factory blasted Putt-Putt and Pep to the moon. They need to explore the moon to find and receive rocket parts to return home.

This was the first Humongous video game to feature the soundtrack composed by George Alistair Sanger, who would then compose later popular HE games such as Freddi Fish and the Case of the Missing Kelp Seeds, Putt-Putt Saves the Zoo, and Pajama Sam 3: You Are What You Eat from Your Head to Your Feet. Unlike the other HE classics, the MIDI soundtrack to this game was also optimized for higher-end sound cards, such as the Roland GS. It was also the first Putt-Putt game in the series to feature a vocal opening theme (on the 3DO version and the later Windows versions; the MS-DOS and Macintosh versions simply had an instrumental opening theme).

Putt-Putt and Pep are excited to visit Mr. Firebird in the Fireworks Factory. As they enter, they are welcomed by Mr. Firebird. Mr. Firebird offers Putt-Putt to make fireworks, but he warns him not to touch the lever. After he finishes, a butterfly enters the factory and lands on the lever. Unfortunately, the excited Pep tries to catch the butterfly, only to pull the lever by accident. Rockets flew around everywhere, and one of them blasted Putt-Putt and Pep through the roof and out of the factory! The two of them fly into space and eventually land on the moon, and Putt-Putt wonders how they will return to Earth.

Putt-Putt meets Rover after being saved from the moon goo when a bridge collapsed. Rover explains his situation of being abandoned by astronauts, and wants to return to Earth too. After Putt-Putt wishes that there's something he can do, Rover shows Putt-Putt a rocket ice cream shop. Putt-Putt needs to find rocket parts and glowing moon crystals to purchase the rocket and fly back to Earth.

Once Putt-Putt has everything, he purchases the rocket with glowing moon crystals. Putt-Putt then places the parts and the rocket blasts to Earth. Back on Earth, the other cars are happy that Putt-Putt has returned and has met Rover.

The player takes control of Putt-Putt with the goal of finding the missing rocket parts so Putt-Putt can return to Earth and having fun along the way. The game is played by using the mouse to interact with the environment. By clicking on various areas called Click Points, the player can collect items, talk with other characters, and watch entertaining animations. Items are collected to help the player solve puzzles. The game contains many places on the moon. While searching for the missing parts, the player can learn about all the places that are on the moon. 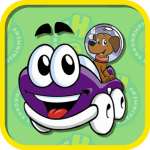 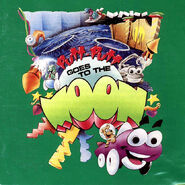 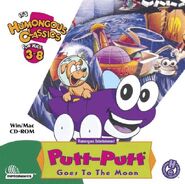 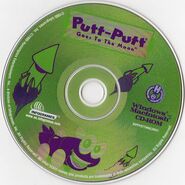 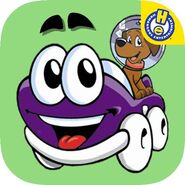 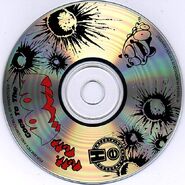 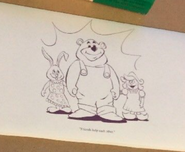 Retrieved from "https://humongous.fandom.com/wiki/Putt-Putt_Goes_to_the_Moon?oldid=26508"
Community content is available under CC-BY-SA unless otherwise noted.